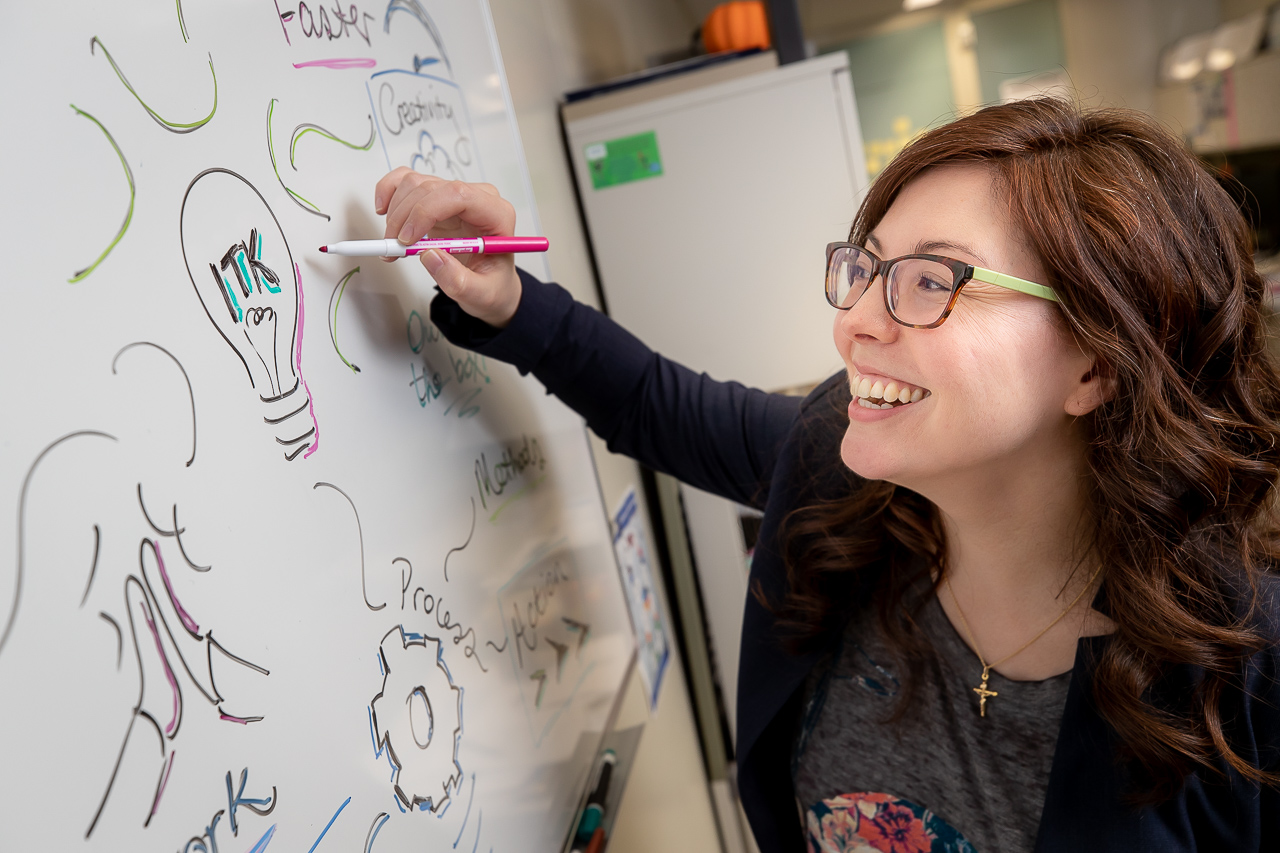 Aileen Laughlin, Lead Systems Engineer, brings a long passion for technology, innovation, and user-centered design to Team Toolkit. Her enthusiasm and wild ideas bring an electric energy to the team, so I was looking forward to chatting with her about how she got here, where she finds inspiration, and what she sees for the future of ITK.

(Military) Family Matters
Moving around a lot as an “Army brat” and growing up on military bases fostered her interest in technology and all things military. In college, she was interested in product design and the human element of technology, leading her to human factors. She landed an internship with a major contractor and that was that! After a while, she became frustrated by her inability to help users or make progress on projects (see her article on why user-experience design is so tough). She joined MITRE where she could have more direct influence and impact. Working on ITK has allowed her return to her military routes and get the Toolkit in the hands of the warfighters to unleash their innovation!

Doing something different that makes a difference
Aileen is always trying to do more UX/UCD work since many don’t get that type of support. She believes that if more people understood design as a discipline, they would eliminate a big chunk of product and system problems. For the projects and programs Aileen supports, she feels rewarded to see people recognize the value and impact that comes from UX/UCD. She finds it most rewarding to help users be heard and get what they need for their jobs. With ITK, she helps people think and work differently, tapping into their inner innovator or inventor. Witnessing people in all their creative, curious, critical thinking glory collaborating with others to solve tough problems is a thing to behold.

Aileen loves to learn and is constantly sharing her findings with the team. She reads about what’s happening in the DoD (“These are exciting times!”) and technology, since it’s an interest of hers. On projects, she always want to know more about the context, landscape, or what’s new, sending her down the Google rabbit hole. Aside from Googling, she uses news aggregator apps, tagging topics of interest.

Tailoring toolkits
Admittedly obsessed with DIUx (now DIU) when former Secretary of Defense Ashton Carter announced the organization, Aileen was interested in getting MITRE involved. Understanding the user and understanding the problem is such a major part of any innovation venture. As she was looking across industry at innovative organizations that leverage the brain power of all their work force, she came across innovation toolkits.

A common theme in her research was the importance of tailoring toolkits for your group’s problems, organization, domain, and culture. Since MITRE and our sponsors are much more mission-driven, she was concerned terminology from a profit-driven company would reduce adoption and confuse users. Aileen reiterated the need to strike a balance between being respectful of people’s comfort zones while finding gentle ways to push them out of them.

Show, don’t tell
When asked about the best way to get people outside their comfort zones, Aileen recommended the “show, don’t tell” approach. She used bodystorming on one of her projects, where users brainstorm and work through a design using physical props. She explained in advance to her team that they’d move boxes around to find the ideal position for equipment. She could tell some people thought she was crazy when she arrived with labeled, duct-taped cardboard boxes matching the dimensions of different hardware. But once they packed into the truck and started moving the boxes around, people recognized the goodness. Find an instance where just doing things can make people believers.

Bodystorming is her favorite tool in the kit because it forces people to walk through something in its entirety. When people start to put an idea or concept through its paces, they can see where it starts to fall apart or maybe what might have been overlooked.

Challenging the status quo
Aileen’s innovation style? Nothing’s too wild + let’s just do it. With a “how can I make it better?” mentality, she has ideas coming and going all day. When she feels strongly about an idea, she want to execute right away before the fire is gone and something else catches her attention. She loves running her ideas by people – finding it eye-opening, informative and helpful to see things from another perspective. By the time an idea’s made its way through Team Toolkit, it’s evolved into something way more awesome.

She attributes culture change to finding the people in a group who are willing to question the status quo and ask questions. Aileen sees individuals as the catalyst for change and sees more people asking: “why do we keep working this way?” when there are better options. ITK methods can help you and your co-disruptors continue to ask some of those important questions. If you’re not sure how to start, Aileen recommends reaching out to someone on the team! Connecting with new, different people is oftentimes an undervalued part of innovation – so start with Team Toolkit.

Aileen’s dream for ITK is for people to feel empowered to use ITK on their own. That they adopt, adapt, and grow the toolkit for their needs and this creative, collaborative, critical thinking approach to problem solving becomes the new normal. Her vision for the future of ITK? Digging into the next set of really hard problems while eating 3D-printed failure cake on Mars. 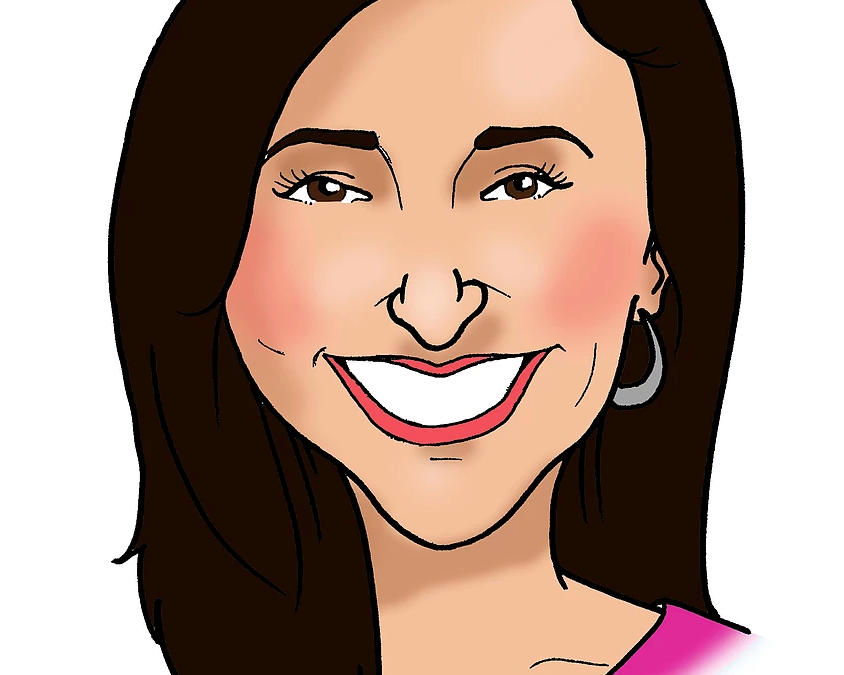 What do caricatures, public speaking, and user experience design all have in common? I was fortunate to answer this question when I interviewed Rachel Gregorio. She’s tailored her career around her talent as an artist and passion for user centered design. In addition... 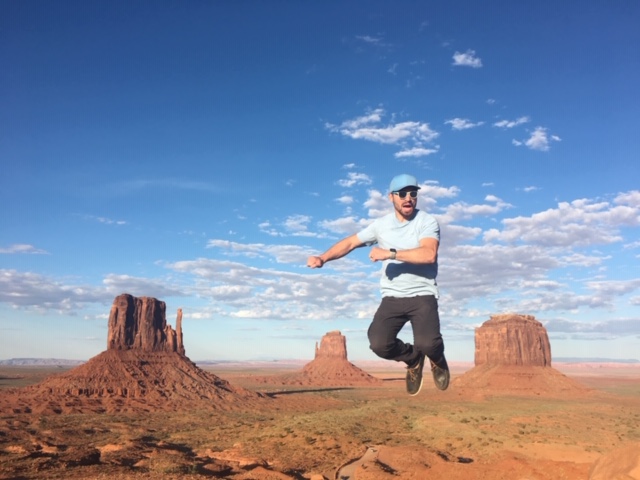 Earlier this month I sat down with Niall White for an interview, the latest in our ongoing Meet Team Toolkit blog series. Well, I’m using the word “with” loosely, because I was in Massachusetts and he lives in Utah. We talked about music, art, cake, stinky cheese, and... 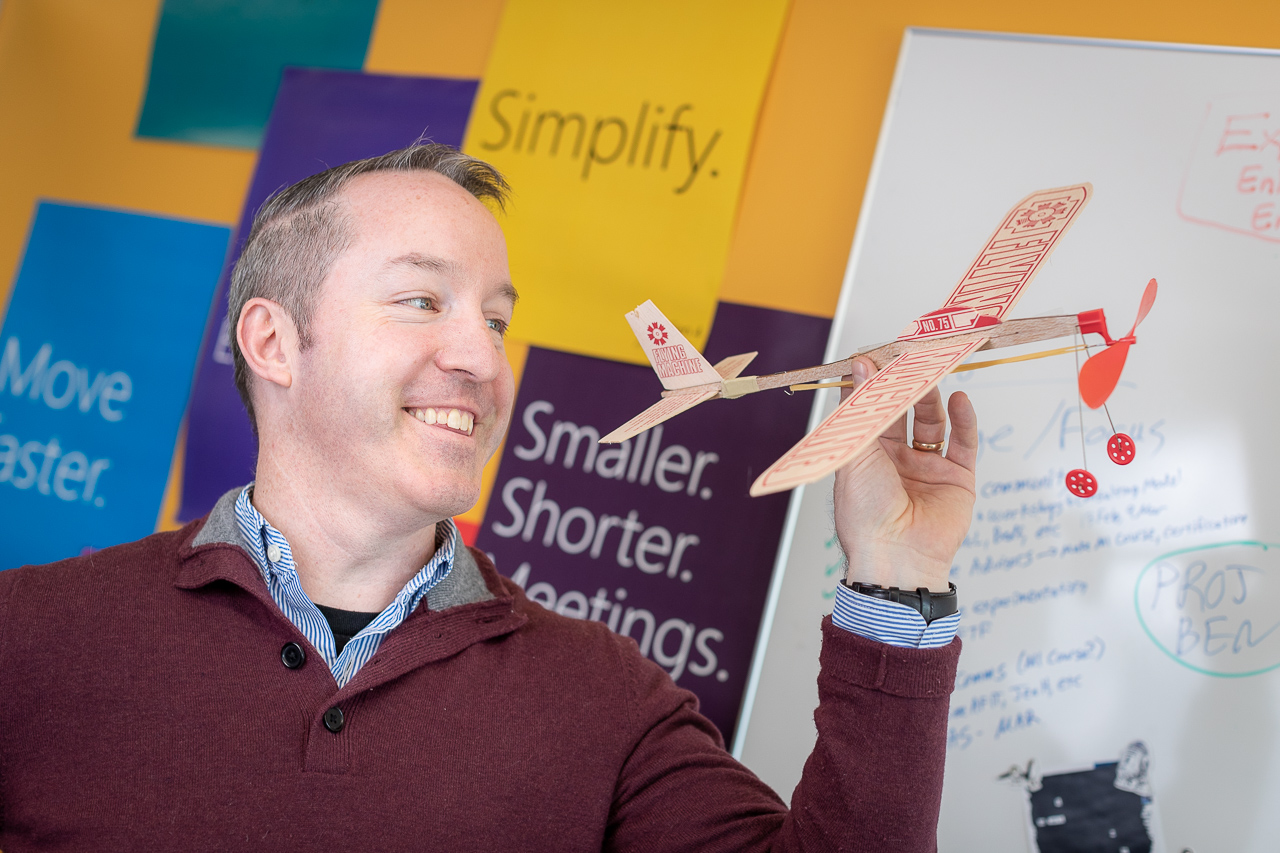