How To Be Helpful (in 5 Questions) 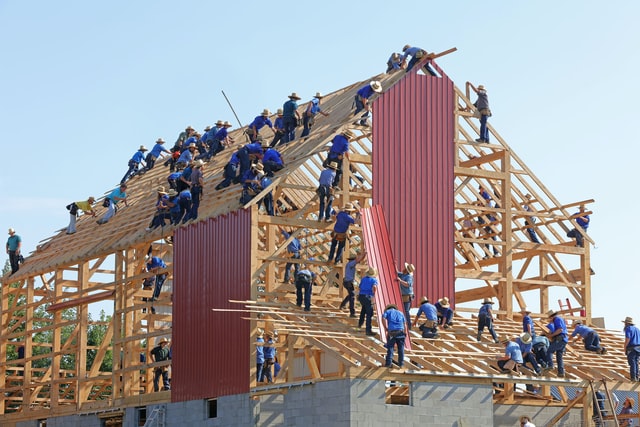 NOTE: This post originally appeared as a LinkedIn article.

These days we’re all increasingly aware of significant problems that need to be addressed, whether it’s the pandemic or systematic racism or climate change. Naturally, we’d all like to do our part and lend a hand, but it’s not always clear how to start. Here are five questions you may want to ask as you look for ways to be helpful and make a difference.

1) What is already being done in this area?

Before launching a new effort, take some time to educate yourself about what activities are already under way. Get to know the organizations and people working in that space, understand their efforts, priorities, and activities. This way you avoid reinventing the wheel, operating at cross purposes with like-minded people, or inadvertently undermining work that others are doing. Plus, if someone else is making progress, you may be able to work together and make a difference sooner than if you were starting from scratch.

For example, several of my colleagues and I were planning to attend South By Southwest this year. When the conference got cancelled because of the pandemic, the first thing we did was look for something to do instead. Specifically, we asked the question “Is anyone putting together a list of online talks and workshops, or maybe some local in-person events, now that nobody is going to SXSW?” We hoped the answer would be yes, but after several days of research and outreach, we were unable to find any such effort, so we started to think about doing something ourselves. This led to the next question.

If you’ve got an idea for something you think would be helpful, it’s wise to check with the people around you to see if they also think it would be helpful. A posture of curiosity, humility, and generosity will go a long way in building a coalition to actually do the thing, as well as ensuring that good intentions produce good results. Framing the idea in the form of a specific question – and being open to a variety of answers – is a much more inclusive message than simply saying “I’m going to do this.”

To continue the example, our specific question was along the lines of “Would it be helpful if we posted a lightly curated list of links to online talks about innovation and creativity?” We weren’t committing to doing anything just yet, and we weren’t suggesting we could recreate the whole conference experience (or even a meaningful slice of the experience). In fact, it wasn’t even about SXSW anymore. Instead, we described a modest idea that we thought might bring people together to share some ideas, and asked if that sounded helpful.

The response was overwhelmingly positive. More than 70 people immediately responded to say they would find such a list helpful. Even better, a bunch of them offered their assistance (jumping ahead to question #3). Of course, you can’t please everyone and the answer wasn’t unanimous. One person objected that this list would be unhelpful. We tried to be respectful of that position, accommodate their concerns, and cause no harm, while still honoring the larger group’s interest. That led to the third question.

After learning about current efforts and soliciting feedback about your proposed idea, the next step is to see whether anyone wants to do it with you. If the second question is about interest, this one is about commitment and collaboration.

As our “list of talks” idea continued to mature, we made a wide-open invitation to anyone who wanted to join in. Loads of amazing people offered to provide amazing content. The benefits of collaborating are obvious and we don’t need to belabor that point. But the really cool thing about this question is it may help you discover potential partners you did not find after asking question #1.

That was certainly the case with us this past March. While our initial research did not uncover any organized effort to assemble a list of innovation-related webinars and presentations, it turns out we were just a little ahead of the curve. A few other groups began developing a similar idea right around that time, and this third question helped us find them.

Specifically, the Defense Innovation Network Summit (DINS) and the Public Spend Forum (PSF) both hosted online sessions that coincided with ours. They were excited to partner with us, so we added their links to our rapidly growing list and a few of us even gave presentations on their platforms.

Two weeks after asking our first question, we kicked off Innovation Resiliency 2020. This was a full day of online presentations, panels, book talks, and discussions, on topics ranging from improv to aviation to learning from failure. Our final list of talks included 16 presentations, plus 15 presentations curated by DINS (with even more on other days), and a big list of PSF’s events across that whole week. We could not have done any of it without the generous, enthusiastic, creative partners who came alongside.

If the first three questions are focused on being helpful now, this fourth question increases the odds we’ll be helpful in the future. Solving problems is an iterative process, and every finish line is actually the starting line for your next race. So be sure to do a little reflection along the way, putting in the effort to collect lessons and insights for the future.

The full list of things we learned from the Innovation Resiliency project goes well beyond the scope of this article, but trust me, we learned a ton and have applied those lessons to several other areas.

One thing to keep in mind when asking this question: you don’t have to wait until you’ve done the thing. In fact, even though it comes fourth, this is a pretty good question to ask at every point in the process.

This capstone question wraps up the results of the first four. How we choose to answer it will depend in large part on what’s been done so far and what help is still needed. It will depend on who’s involved and what we’ve learned. Answer the first four questions well and this fifth one should practically answer itself.