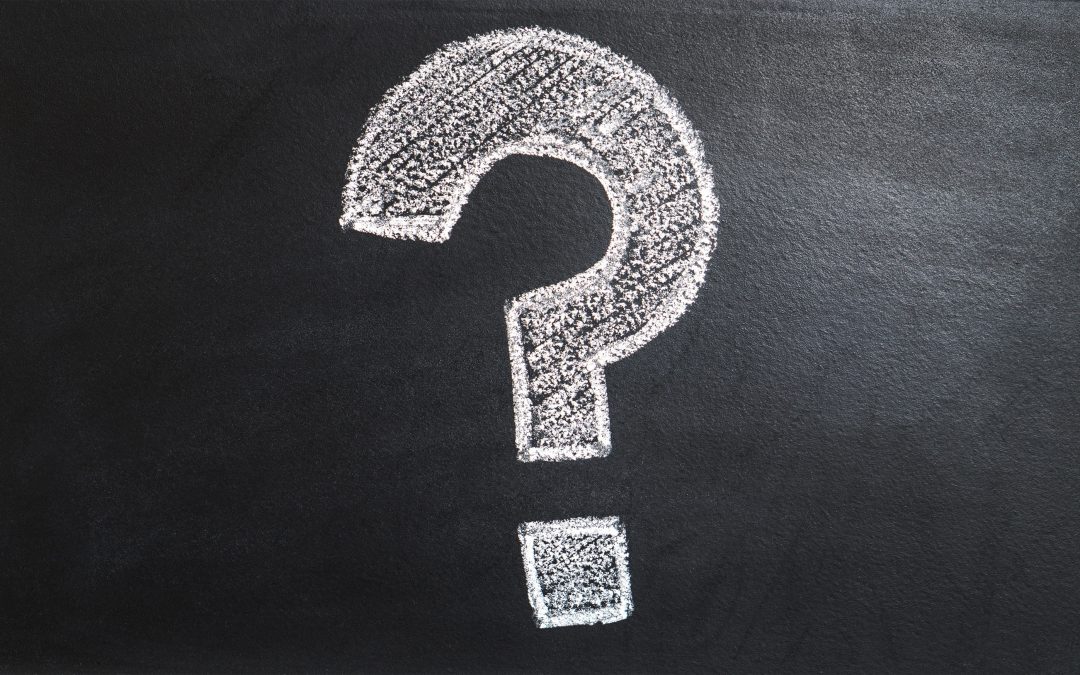 Q: Team Toolkit, you always encourage me to tailor the ITK tools for my needs. I’m in! But HOW exactly, do I do that??

While “tailoring” inherently implies that every case is unique, here’s an example approach showing how the Stakeholder Map & Matrix was tailored.

A MITRE colleague approached Team Toolkit looking for tips & guidance for co-facilitating a kick-off meeting with senior stakeholders across the government. This group was responsible for rewriting a major policy, which included a “Responsibilities” section that identifies key players and their main responsibilities. Our colleague had only 30 minutes for this Responsibilities discussion, and she was hoping there would be an ITK tool that could help streamline the input-gathering and quickly build consensus.

Our go-to tools for discussing key stakeholders are the Community Map and Stakeholder Map & Matrix tools. However, these tools didn’t quite fit the need due to the nature of the policy rewrite task:

Through a series of quick-turn iterations, Team Toolkit worked together with our colleague to create a custom Stakeholder Map and Matrix.

In the end, the final tailored tool was split into the two most important areas where the MITRE team needed input and follow-up action: Responsibilities and Internal Engagement. Some fields were modified or eliminated altogether, and new fields were introduced. The use of color informed the audience which sub-categories existed, and the use of white space indicated which areas required more input (more white space = more input needed). The sub-fields included specific terms (blacked-out in the picture for sensitivity), and we intentionally used key phrases that were recognizable and understood by the audience.

Since this was a kick-off meeting for a collaborative effort, we also modified the language to be more optimistic and cooperative. For example, the titles were changed: “Block” was rephrased as “Potential Challenge”. The prompt question “How could the stakeholder block the project?” was rephrased as “Who must agree with these proposed Responsibilities? What would prevent buy-in?”

Our colleague informed us that the kick-off meeting went very well, and the tailored Stakeholder Map & Matrix was helpful to get the inputs the MITRE team needed and to streamline the Responsibilities discussion. Check out the final tailored tool below!

To summarize our approach, here are our tips for how you can tailor ITK tools: 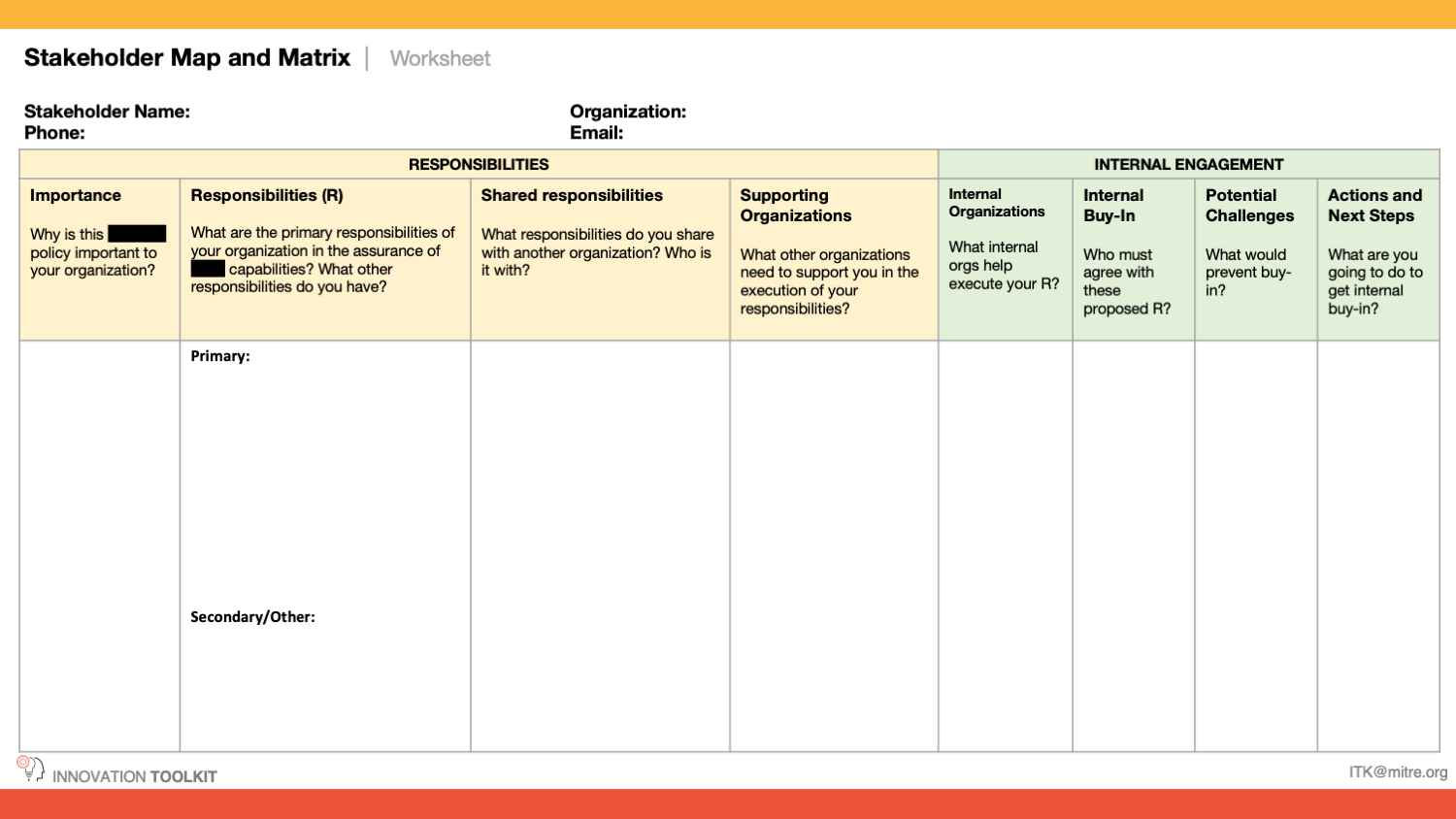