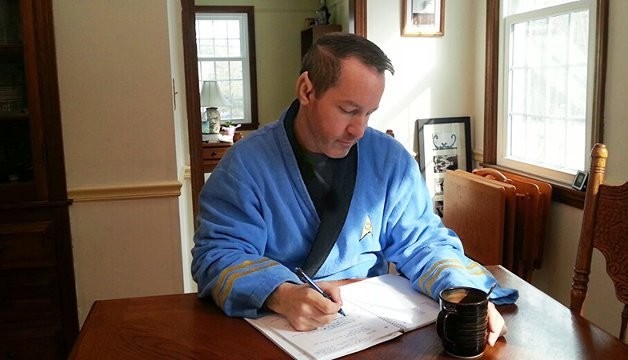 Can I tell you a secret? For every post I publish here, there’s at least half a dozen you’ll never see.

I’m not just talking false starts, where I have a stub of an idea that ends up not going anywhere. I’m talking about whole posts on topics that don’t quite land, don’t cohere, don’t resolve into anything worth sharing. Even though I am a pretty experience writer, the truth is I write a TON of worthless stuff that (appropriately!) never sees the light of day.

And it’s not just crummy first drafts. I actually spend a fair amount of time editing, revising, and reworking material, in the hopes of creating something useful… before quietly setting it aside and starting over with a blank page.

The thing is, I can never tell whether a post is going to be worth sharing until I write it. An idea might look promising at the start, but only reveal its true value (or lack thereof) once it’s gone through a few versions. For that matter, the idea itself might not be terrible, but my ability to express the idea comes up short. That probably means I don’t really understand the idea very well. Or maybe it means I need to more sleep, more coffee, or less screen time.

The funny thing is, this willingness to create bad work and then dispose of it seems to be the secret to doing things well. Not just in terms of blog posts, but all sorts of other endeavors. When I give myself permission to create badly – and permission to toss away the results of that work – I find myself in a more creative and productive mindscape. I am free to play, to noodle around, to explore and experiment, because the pressure is off. If the thing I’ve created isn’t very good, nobody ever has to know. I can just delete it and try again.

And yes, 6 times out of 7 the result is… pretty bad. Which is precisely as expected, and that’s ok. But every once in a while a flower grows in that pile of manure. Not in spite of the bad drafts – because of them. I’m sharing this story as an invitation to give yourself permission to play, to make bad art, to delete your disposable drafts… and to keep going. You may also want to get a Star Trek bathrobe, but that’s not required.