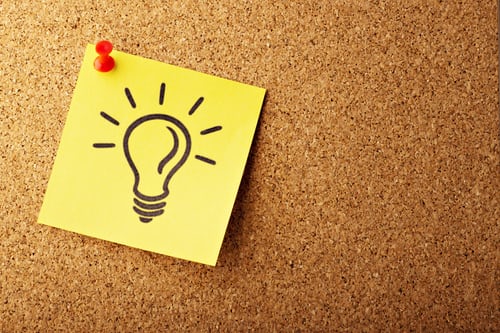 We’ve all been in meetings where one person talks too much, haven’t we? As facilitators, this can be a challenging situation to manage. On the one hand, we want to honor each person’s contribution and willingness to participate. Shutting someone down can have a chilling effect, not just on the individual but on the group as a whole.

At the same time, it’s important to make sure everyone gets to participate, and if one person is dominating the conversation, the whole group misses out on hearing from other voices.

To paraphrase Sun Tzu, the best way to deal with this situation is to prevent it from happening in the first place. Be sure to set some ground rules in every workshop’s introductory comment. Make it clear that everyone in the group has a role to play and something to contribute. Encourage people to be mindful of sharing the stage and inviting others to speak.

I’ve even been known to do a little public math: “We have 20 people in the room for a one-hour meeting. If everyone speaks for 3 minutes, that’ll be the whole meeting.” For some people, it helps to hear the actual numbers explicitly called out.

And of course, despite the best preparation and guidelines, it still happens. Someone goes off on a tangent, unrolls an endless story, or otherwise monopolizes the group’s time and attention. They might have a good point or a useful observation, but it’s just gone on a bit longer than necessary.

Or maybe they’re just rambling and someone needs to stop them.

Here’s what I do when that happens: With a big smile and a nod or two, I hand the over-talker a pen and a stack of sticky notes. I say something along the lines of “Hey, that’s a really important point – could you write it down in your own words? I want to make we make sure we really capture it before we go much further.”

Depending on how much the talker is paying attention to the other people in the room, I might have to stand up and/or move closer to them, physically intervening to get their attention and create a pause in their monologue. I’m always amazed how a little shift in my posture or my location can help change a room’s dynamics.

This technique does several things simultaneously.

First, it solves the immediate problem of one person speaking too much, because it’s really hard for most people to talk and write at the same time. Putting a pen in someone’s hand basically turns off their mouth.

Second, it affirms the person’s contribution to the discussion. This is the opposite of “Shut up and move on.” Instead, it’s “Keep going, but do it in a different mode.”

Finally, it gives the person a chance to really clarify their point and distill it into a more focused package. They may discover that they weren’t really saying much worth writing, or they may uncover their actual point in a more cogent fashion. Everyone wins.

Got a facilitation tip? We’d love to hear it! Leave your suggestions in the comments section, or drop us an email at ITK@mitre.org to continue the conversation!