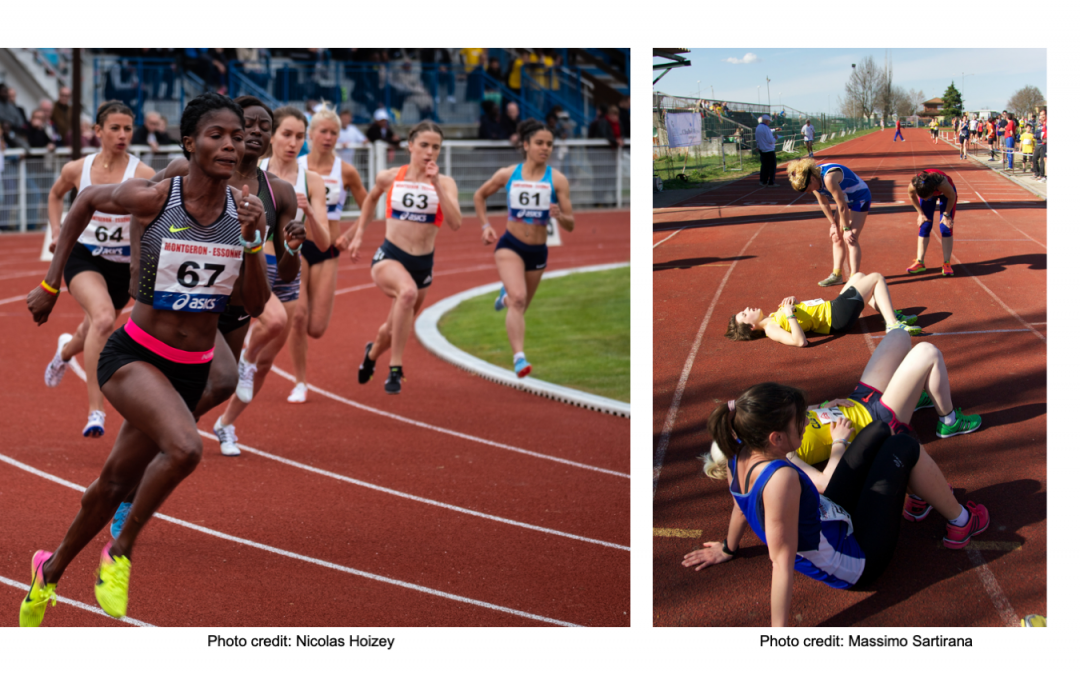 Innovation Speed Test: Are you hustling or are you scrambling?

It’s critical to know the difference between when you are responding swiftly to dynamic opportunities vs. when you are in an ineffective reaction cycle leading to nowhere good.

Have you ever noticed that when someone is starting a new business or venture on the side, they call it their “side-hustle” rather than their “side-scramble”?

Or how about when you ask new (and even mature) startups about how things are going with growing their product or business? I’m willing to bet their response is bound to include some variation of, “It’s going great! We’re super busy and hustling 24/7.”

Due to the nature of innovation (something new that makes a difference), there is frequently an associated pace of quickness and dynamic movement. Being the first to offer a new product or service gives a highly desirable competitive edge in the market, and to be first often requires extra effort and making rapid adjustments based on external feedback. For example, although you can do market studies beforehand, you can’t perfectly predict how your users will take your offering and run with it.

However, true innovators will incorporate this new feedback and swiftly adapt their product or service accordingly to become more desirable to the end-user. Although it’s fast-paced, the team knows where they are heading, and the experience of responding dynamically will feel invigorating. This is called ‘The Hustle’.

To hustle means to obtain by energetic activity[i].

A classic example of this ability to swiftly adapt is YouTube, whose initial concept was to become a video version of a dating site. When they first launched, the original founders observed how users were uploading a larger spectrum of videos that went well beyond their initial concept. They acted upon their observations and moved quickly to widen the scope of their original platform. By hustling, YouTube became the market leader for video sharing and grew into a billion-dollar company.

Now, let’s compare this to another common high-speed scenario: The Scramble.

The Scramble typically happens in organizations with a hierarchical management structure. In this case, the initial “external” feedback comes from management, who must approve before the team can engage with the target audience. The Scramble often occurs when a team works diligently on an effort and presents their final results to the boss for approval, however, the boss surprises them with a pithy response along the lines of, “This isn’t what I’m looking for, I want X and it needs to be right by tomorrow.” Or, the boss may reveal new, critical information that vastly changes the original effort’s direction.

The team is a bit disappointed since they hadn’t received any prior indicators of being on the wrong track, or they might feel foolish for their prior actions which they wouldn’t have taken if they’d received the critical information earlier. Although feeling slightly discouraged, the team is still motivated to get it right, so they go back to the drawing board and re-work their design throughout the night based on the few comments the boss did make. But when they present their updated results in the morning, the boss again says, “X isn’t what I want, I want Y and it needs to be right by tomorrow.”

The team is again re-directed from the path they were on. However, now they are becoming bewildered: They were confident that they were on the right track based on the boss’s most recent feedback but again, they were wrong. The team is confused and starting to doubt themselves and each other. As this cycle continues repeating, more desperate ideas are acted upon. Frustration creeps in because this is an effort that everybody thought they’d be victorious in, but the boss continues to be unsatisfied and they can’t move on until the boss approves. Although the team is moving quickly based on the boss’s feedback, they’re not actually making progress. Without aiming to, this team has ended up in The Scramble.

To scramble is to move with urgency or panic[ii].

You’ll know you’re in The Scramble when you’re constantly making rapid changes that yield little to no value, and you find yourself feeling frustrated, exhausted, and resentful.

Although The Hustle and The Scramble both require making rapid changes and responding to external feedback, there is a key difference: Clear decision-making, effective communication, and common vision, or lack thereof.

In The Hustle, the team is moving quickly and they are on the same page. Clear leadership enables quick decision making, as well as critical thinking and evaluation for which feedback to incorporate and which to ignore. Through effective communication, the team works synergistically towards the same goal to produce a high-quality product.

In The Scramble, the team is moving quickly but they are diverging rather than converging. Communication is muddled and some team members have more information than others, which obstructs a common vision. Ambivalent leadership creates more confusion and delay as decisions become reactive to all feedback, rather than intentional responses focused on the long-term. The changes being made are trivial or administrative, rather than significant or quality-boosting.

Being stuck in The Scramble doesn’t mean you have to stay there!

You can take deliberate action to shift your team out of this place, and here are some tips & ITK tools to help:

So when things are moving fast, take a few minutes to pause and ask yourself, “Are we scrambling… or are we hustling?!”

It’s critical to know whether you’re hustling or scrambling so that you can take the appropriate actions to ensure that team morale and productivity are high, as well as ensuring that you’re working towards a high-quality final product. 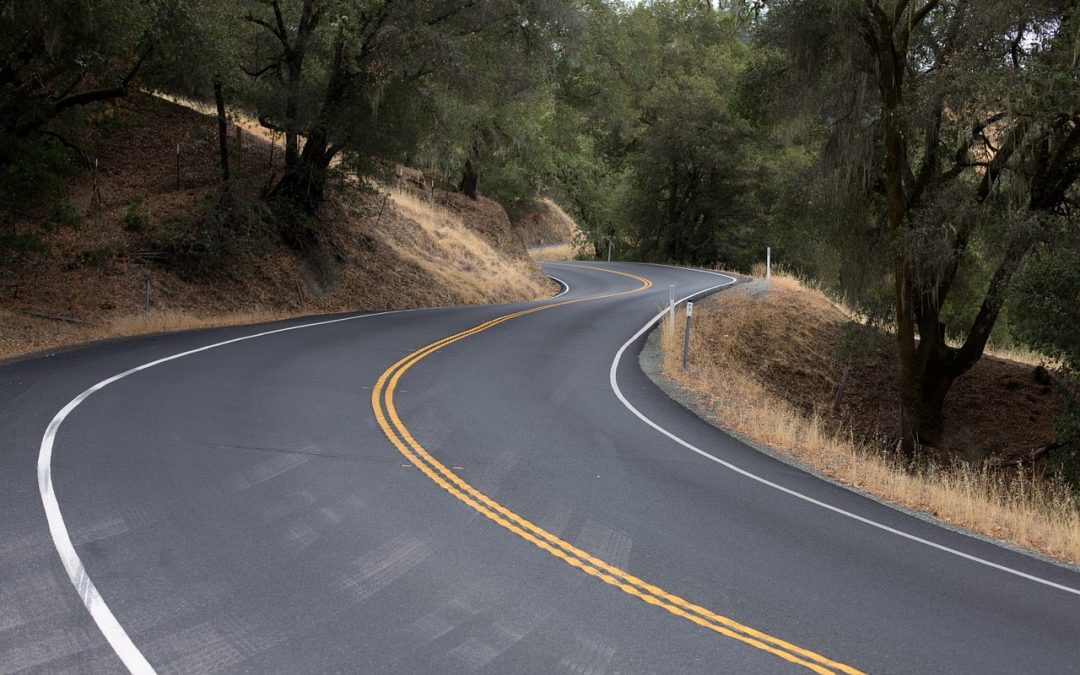 Am I Doing This Right?

Today’s blog post is by Aaditi Padhi, one of the talented high school interns who worked with Team Toolkit this summer. We were delighted to have her on the team and are glad she’s sharing her story and experiences in this post!

Does this blog’s title question sound familiar? I’m sure many of you can relate to the anxiety of doing something wrong or the uncertainty of trying something new. This is a question I asked myself more times than I could count throughout my internship. Most of my experience as a high school intern in the ITK team was smooth sailing, but at times, it was clouded by uncertainty and a fear of failure. Some of the most important lessons I learned this summer were to embrace that fear and to keep persisting because not every problem has a crystal–clear solution (cliché, I know). However, these lessons also translate into advice for those of you using the ITK. So, from my summer stories to your creative journey as a reader, here are my top tips for innovating smart, not right.

An Intern’s Guide to Continuous Improvement:

Whether it’s working through a design process or trying your hand at carpentry, it’s unlikely that you’re going to hit the nail on the head on your first try. Early on, I realized that innovating is not always about getting perfect results right away, but rather it involves looping through a process of adding, receiving feedback, and changing. Sometimes, it took me as little as one shot to conceive ideal results, but many other times, it took multiple feedback sessions until I refined a product.

Continuous improvement is a term that embodies this method – it describes the process of incremental changes over time. In this sense, using the ITK is an excellent example of this concept. It takes a handful of tools, many creative thinkers, and dozens of iterations to create a deliverable. At times, each iteration may not even bring forth improvements – but fear not, because persistence is the key to succeeding.

There are no Wrong Answers

As a preface, innovating isn’t like solving an algebra problem where there is only one correct answer. It’s a common misconception that innovation tools only involve solutions that fit a certain frame. Using a multitude of tools in the toolkit and observing ITK workshops has taught me that there are no wrong answers. The diversity of ideas that are offered is one of the most crucial parts of the design process. In fact, receiving a wide variety of answers, whether they align with the traditional path or not per se, can be useful in other ways. Countless times have I proposed an idea that seemed insignificant or irrelevant at the time, but later came in handy later since I could recycle or repurpose them. It’s true that an idea may not be the most viable or appealing, but sometimes, it is better to keep it to the side than deem it worthless. Remember, when in doubt, write it down!

Don’t Be Afraid to Fail

It took a failed startup and multiple downfalls for Bill Gates to start Microsoft. Arianna Huffington was rejected by 37 publishers before her publication rose to fame as the Huffington Post empire. Steve Jobs was even fired from a company he founded before he came back to help push Apple to success. In an era of exploration, one of the most important things to remember is that failure cultivates success. One of the reasons I was so close-minded at the beginning of my internship when I only focused on doing things the “right” way, was my fear of failure. However, as I got comfortable with the design process, I also got comfortable with pushing my boundaries and accepting the fact that it’s ok to fail. Having a fear of failing will only limit the ideas you produce, but welcoming failure as a reality gives you the freedom to think beyond the scope of ‘conventional’.

Hopefully, these tips will inspire you to dive into an ocean of innovation. It is, admittedly, an intimidating notion, but it takes time, hardships, and failures to drive towards success. To quote Babe Ruth, “Never let the fear of striking out keep you from playing the game.” 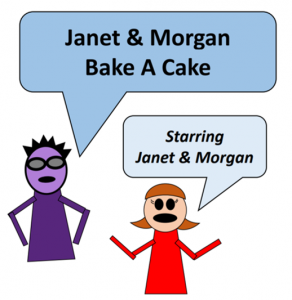 In this week’s post, we’re going to learn a lesson about how to be helpful from ITK’s friendly neighborhood comic characters, Janet & Morgan!

The comic is titled Janet & Morgan Bake A Cake, and it continues the topic discussed in our July 6th post, titled How To Be Helpful (in 5 Questions). The difference is, this time it’s in comic form… and there’s a cake!

Click the link to read the whole thing. We hope you enjoy it and share it with your friends.